When a Jersey calf is born, (s)he has solid brown coloring (almost always very close to the shade of brown in the photos below) with no white ring around the nose or eyes and no black markings.

The exception – a broken colored calf with pure white as part of her coloring will be born with the white markings on her body and tail. She, like all purebred Jersey calves, will develop white and black shadings around her hooves and eyes and her brown coloring will change a bit in color as she ages. 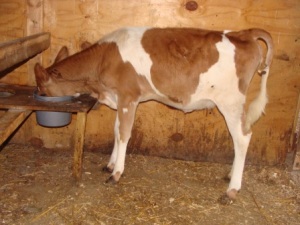 Coloring develops slowly over the first few months as the calf ages:

By weaning age, she should have the typical Jersey markings. Most have white around the nose and eyes, a black mask on the face (tends to show up on older heifers), a white underbelly, and some markings on their legs (black above the toes, sometimes black along the knees):

Sometimes a cow’s color changes significantly as she ages, as she sheds or grows a winter coat, and around calving time.

Below are photos of one cow illustrating how she changes colors over time:

WINTER (also happens to be just before she calved):

Don’t worry, in a couple months, it’ll fade back to white!

http://www.dairycowdaily.com/Excellent-97-Point-Jerseys.html <= For a great variety of Jersey coloring from some of the best Jerseys of all time!

Our first book was just published! Click the photo for a direct link to our book on Amazon.

To receive a PDF copy of our new book, donate $5 or more. Then send us a quick note via our contact page with your email address. We will send you a copy via email! 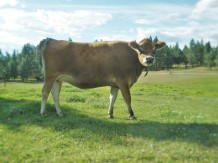 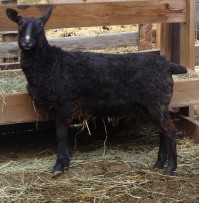 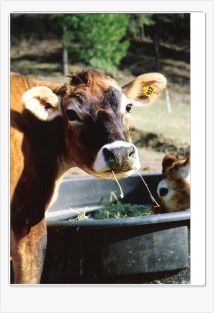 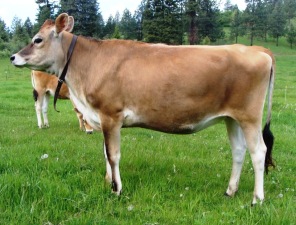 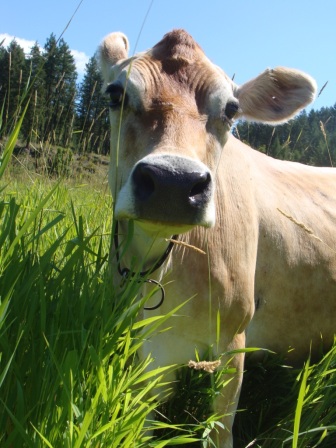